Rojava, Syria: Fabio Bucciarelli in the Land of the Kurds
Text for TIME Magazine

Photographer Fabio Bucciarelli spent three weeks of October 2013 in Syrian and Iraqi Kurdistan, and for two of those weeks was based solely in Rojava, a section of Kurdistan located in northern Syria. Rojava was largely spared from the fighting in the ongoing conflict until early last year, and last November a de facto Kurdish government was established in the region. About two million people in Rojava are part of the some 30 million Kurds—divided between Armenia, Iran, Iraq, Turkey and Syria—who have lost every fight for an independent state. As the Syrian civil war spirals into its fourth year, with more than 140,000 killed, 3 million refugees, millions more who are internally displaced and no end in sight, the Kurds lack a place at the negotiating table, but they may actually benefit when the fighting finally ceases.

As I got off the boat, after teetering across the Tigris River from Iraq, I think about how much Syria has changed since the last time I was here. We have seen thousands of deaths, millions of people forced to become refugees and the specter of chemical weapons. The demand for democracy and freedom, once screamed by the rebels, has all but disintegrated, as it’s now a fight for land and resources. The Syrian government has largely lost control of Rojava, allowing the Syrian-Kurdish paramilitary troops called the Popular Protection Units (YPG) to rise in their absence. YPG was once crucial to keeping out extremist groups, but since last spring, militants within Jabhat al-Nusra and the Islamic State of Iraq and the Levant have aimed to expand their control and conquer territory in the northern land.

We jumped in the car and wove through the landscape. After each curve, the mountains of the Turkish border disappeared into a desert covered with oil pumps. Finally, we arrived in al-Malikiyah (also called Derik). After more than a week there, we received permission to visit the front lines at Ras al-Ain and Ramelan, both along the border, where YPG was battling fighters from the Nusra Front and ISIL. During the ride, we could see the flags, initially sparse, then more and more dense, of President Bashar Assad’s army. We passed thousands of refugees fleeing the war. We witnessed the training at a YPG camp and later met with Salih Muslim, a top political leader of the Kurdish Democratic Union Party (PYD), the major political force in Rojava, and spoke with dozens of local people about daily life amid the fighting. They spoke about wanting a space where Kurds can respect their own law, speak their own language and have economic independence. They’ve resigned themselves to fighting along imaginary boundaries, against the Islamists, to protect what they have left and the possibility of a future.

Even as they bury their dead, many people here see the fighting against extremists as a worthwhile struggle if it means inching closer to their dream: a Kurdish state on their own land. An informal peace agreement is now in force. But as Salih Muslim told me, it doesn’t mean they automatically trust their enemy. During our interview, I asked him how he could make a deal with those who had never recognized his people as legitimate, whose sniper had just killed his son. He needed no interpreter to respond. Looking straight into the camera, he explained how the war has become dirty, how it has transformed and how it no longer has anything to do with the struggle for freedom. He answered the question directly and bluntly: “How can we be friends with those who do business with our enemies?” 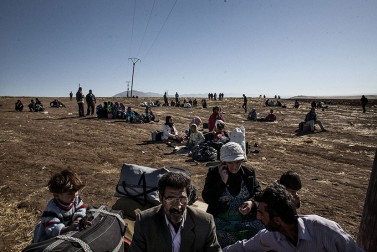 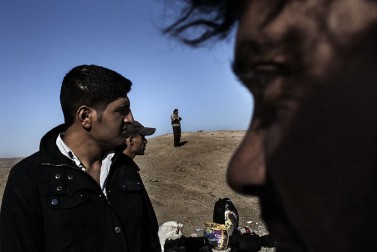 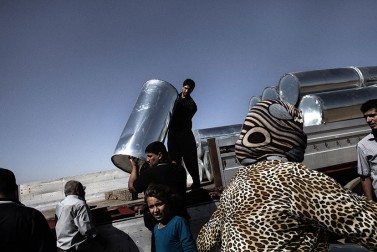 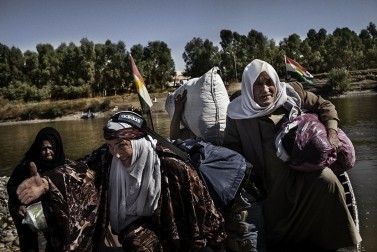 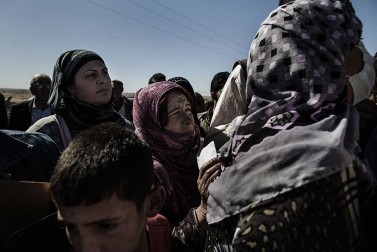 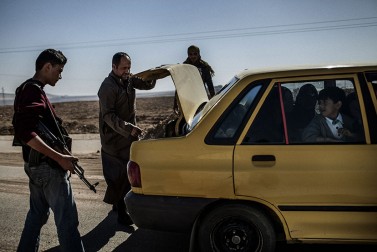 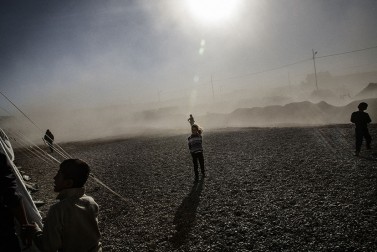 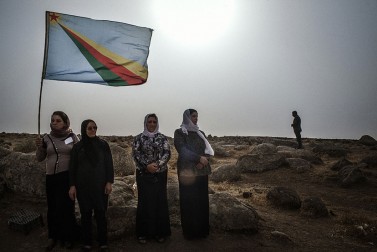 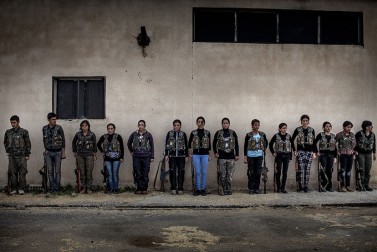 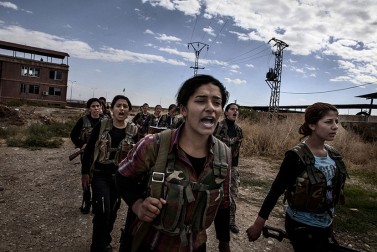 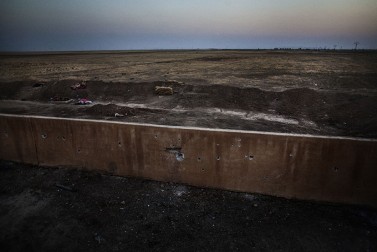 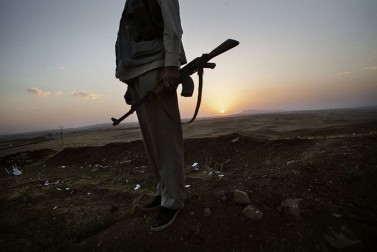 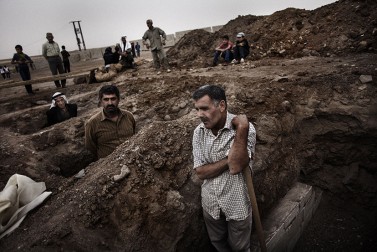 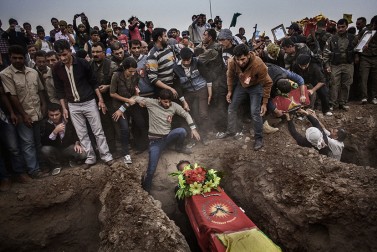 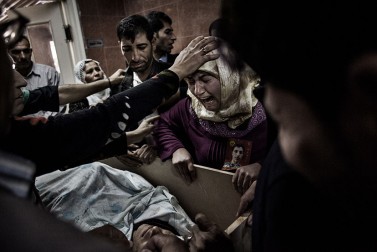 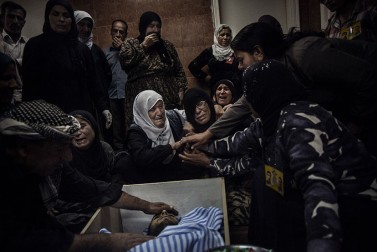 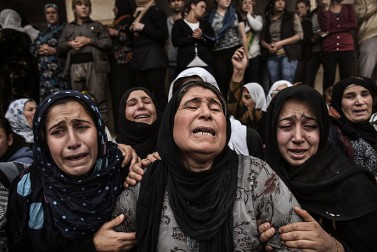 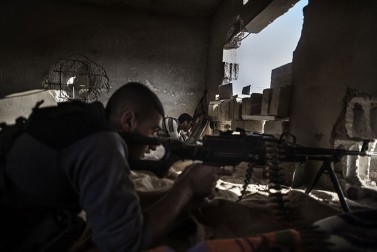 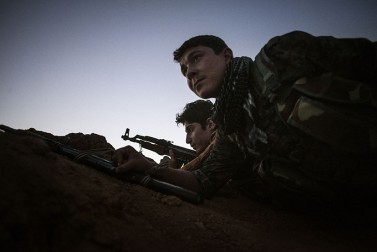 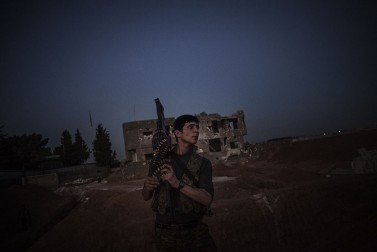 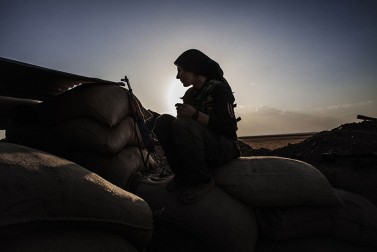 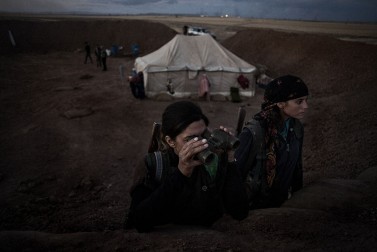 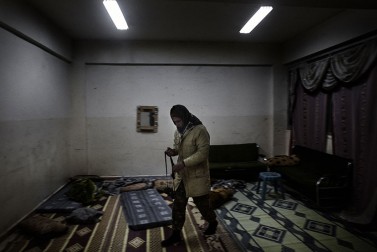 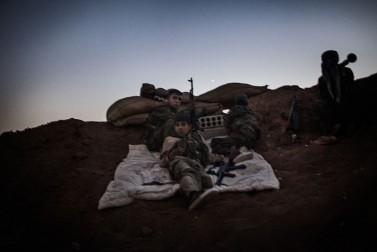 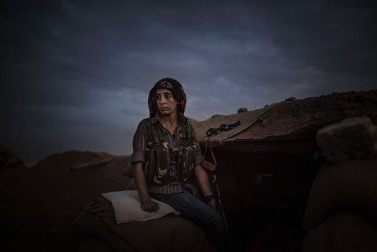 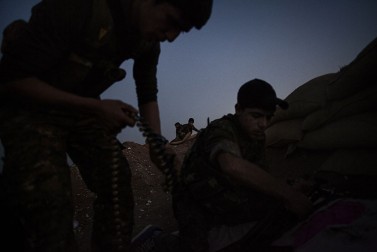 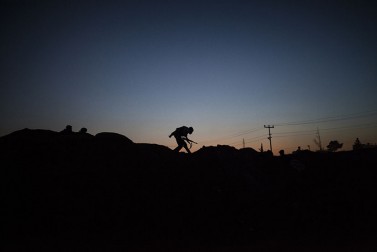 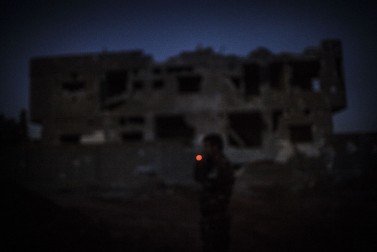