A Sicilian Town Sends an Omen of a Much Hotter Future

Floridia may have hit 124 degrees Fahrenheit this week, possibly the highest temperature ever recorded in Europe, offering Italy and the entire Mediterranean a preview of things to come.

My latest for The New York Times from the hottest place in Europe with Jason Horowitz Mona Boshnaq Craig Allen.

FLORIDIA, Sicily — Before this week, the small Sicilian town of Floridia had a few claims to fame. The second wife of a Bourbon king was the town’s duchess. The snails that are a local delicacy are raised here. Its surrounding fields won it the greenest city in Italy prize in 2000. Its mayor is among Italy’s youngest.

But now Floridia has become known for something else, something far more ominous. It is perhaps the most blisteringly hot town in the recorded history of Europe, offering Italy and the entire Mediterranean a preview of a sweltering and potentially uninhabitable future brought on by the globe’s changing climate.

“Floridia is now the center of the world when it comes to the climate,” said Mayor Marco Carianni, 24, as he cooled off in the town’s central square on Thursday, a day after a nearby monitoring station registered a temperature of 119.84 degrees Fahrenheit, or nearly 49 degrees Celsius. “We beat Athens.” […] 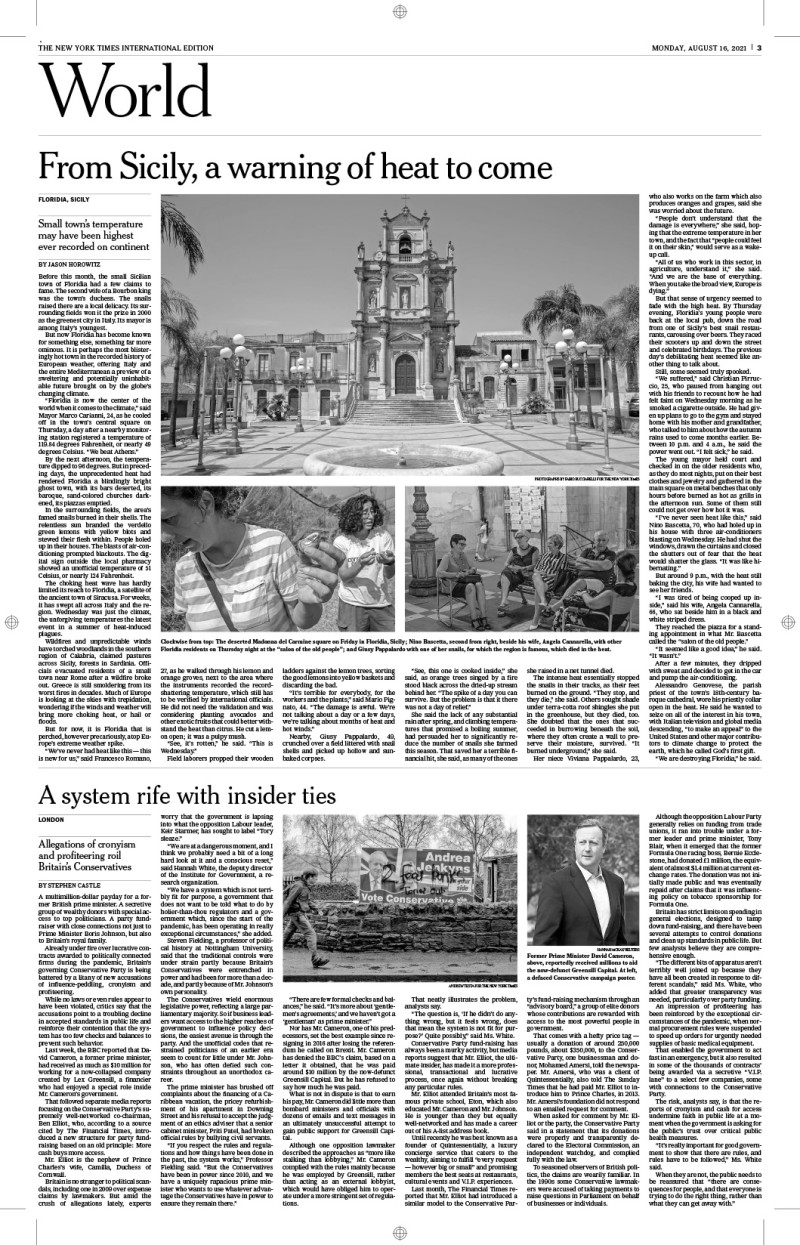 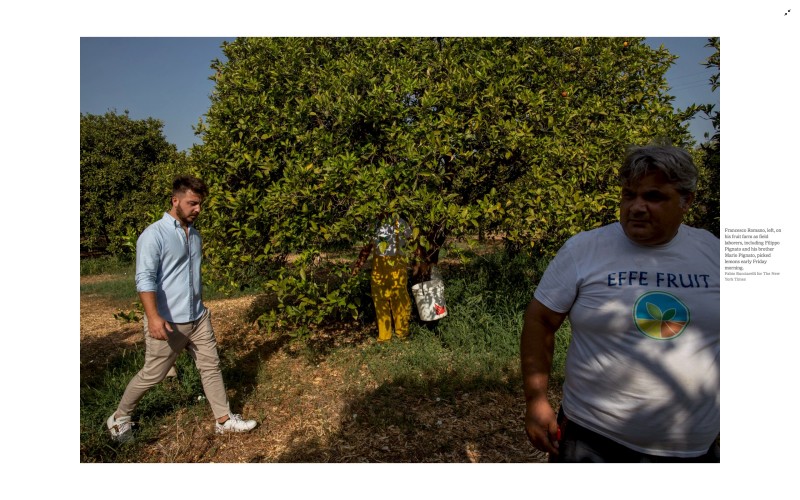 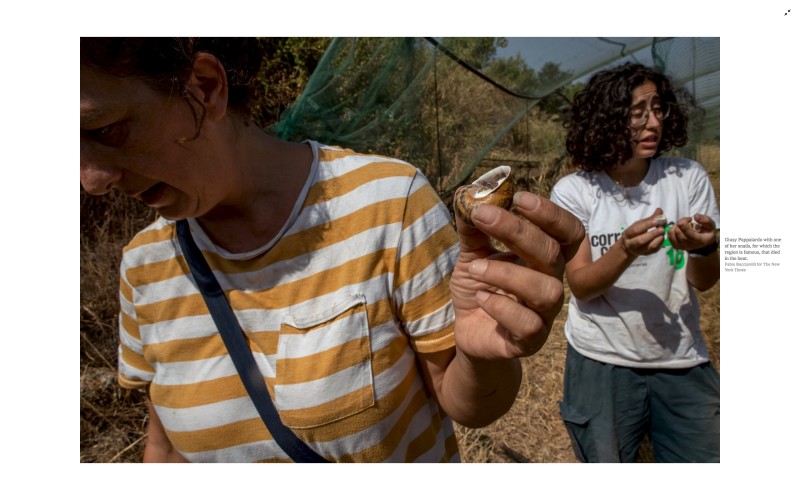 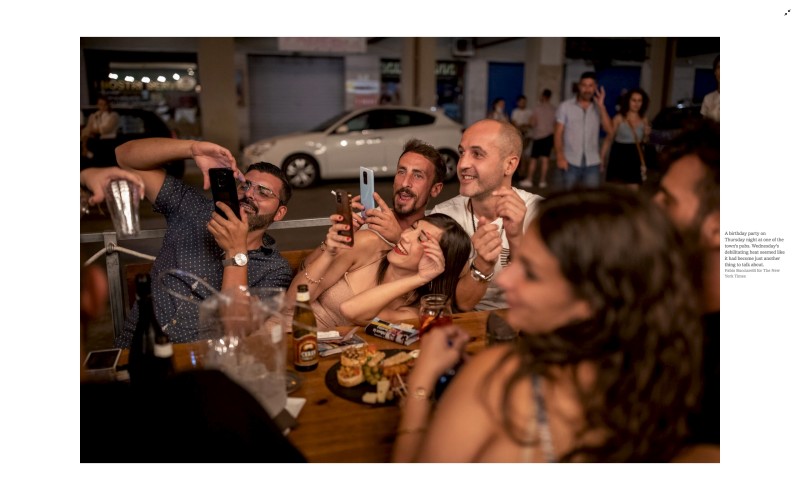 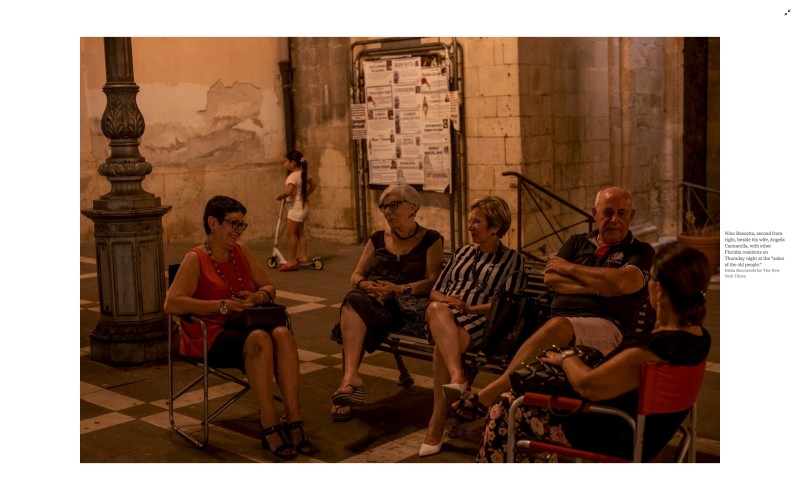 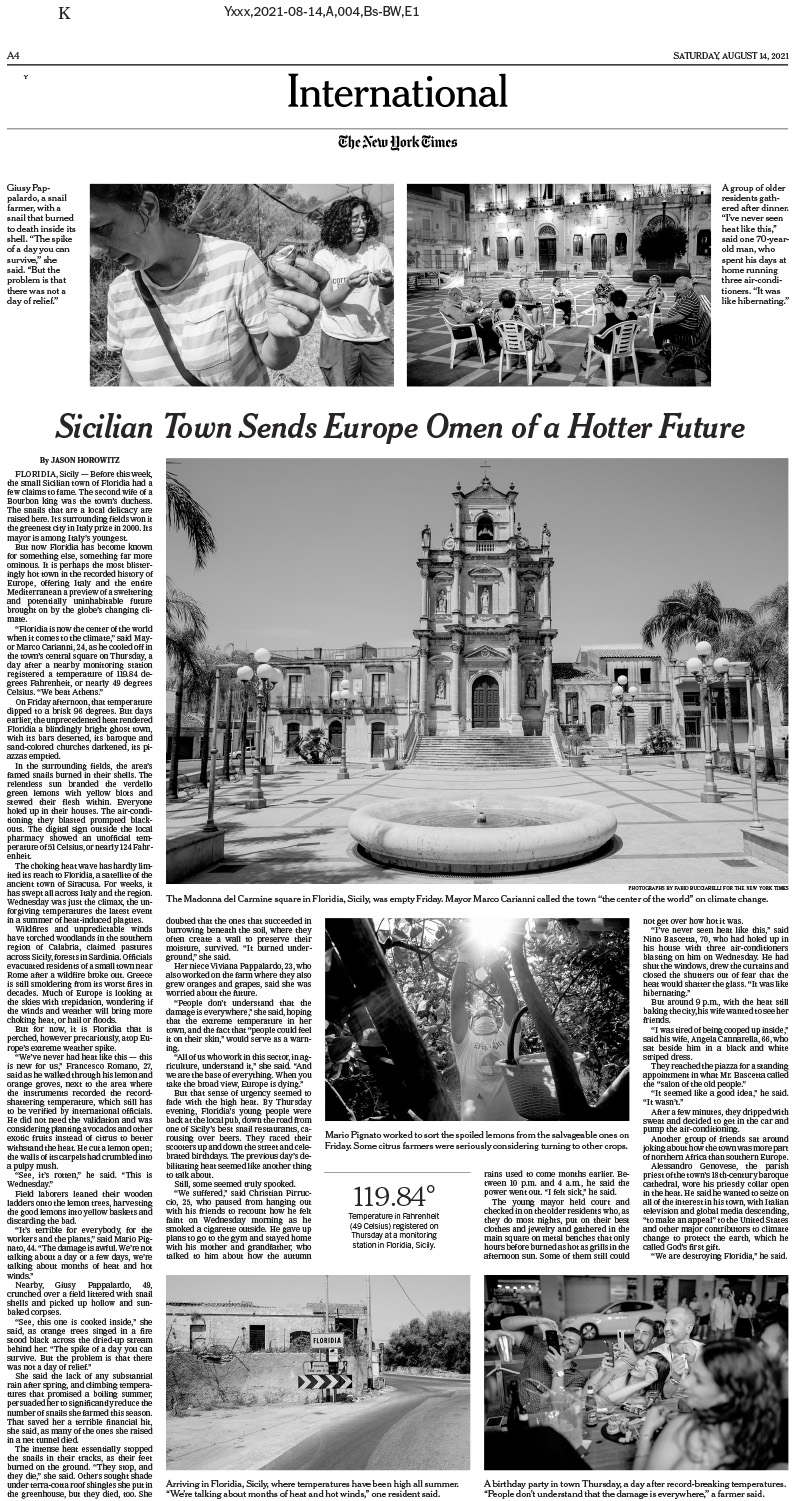