Defeating IS in Libya

I was in Libya for the first time at the beginning of the civil war, in February 2011.
In 2016 I went back to Sirte cover the conflict against the Islamic State.

During the war I went back several times, first to Benghazi to document the fighting in Cyrenaica, along the oil fields of Ras Lanuf, Mersa Brega and Ajdabiya — then to Tripoli, during the conquering of the city by the rebels, and ultimately to Sirte, to cover the final battle, until the capture and killing of the leader Gaddafi.

While documenting the wars and revolutions known as the Arab Springs, in recent years, I have often reflected on how certain dynamics and human feelings – both the individual and the group ones – are so similar across the conflict. The characters change but the hopes, the suffering and the pain are the same. With this idea, I returned to Libya last month, to document for the second time the battle of Sirte, which in 2011 was against Gaddafi and today is against the militants of the Islamic State.

It’s been five years since the civil war occurred. The war has changed, but history is cyclical and repeats itself. The hope for change from a dictatorial state to a democratic one has given way to the hatred and disintegration of people, and the dream of freedom has turned into a nightmare showing under the guise of the black specter of the Islamic State.

Since May, the fighters of Misrata, allied to the government of Tripoli and supported by the international coalition, are struggling against ISIS militants, third part in a diatribe that in recent years torn the country in two opposite coalitions. On one side the former Transitional Government, the New General National Congress based in Tripoli — on the other, the official government of Tobruk and of General Haftar. In this alternation of power and international interests, the real military forces remain the armed groups on the ground who are trying to share of the spoils of a shattered country.

The new war has the same shape and the same suffering of the one in 2011. Sirte has the same neighborhoods, the same streets and buildings — only, they are five years older, as the eyes of those who fought.

I thought it was impossible to see an even more destroyed city, until that city revealed itself in front of my eyes. The holes of the five-year old war add up to the plagues of the new conflict.

Unlike 2011, today’s war is an even dirtier. The ISIS militants have taken control of the Libyan city attracting the population and then imposing on them, through terror and public killings, their rules and modus vivendi.

Now abandoned and under attack, they try to resist in the only district still under their control: the District 3 of Sirte. As ghosts, IS militants use, over snipers, also unconventional weapons as boobytraps, IEDs and car bombs to withstand the siege. As a consequence, the fighters of Misrata, with no training and no military organization, struggle to move forward and conquer new positions, even despite the help they receive from Tripoli’s aviation and from the International community.

During my weeks in Libya, I witnessed two big offensives. Both left around 50 people injured and around 10 killed, without having the fighters affiliated to Tripoli’s government purchase new positions.

Compared to 2011, also the freedom of movement for journalists – and consequently of witnessing – has changed. While during the civil war, without a recognized governing body, it was much easier to photograph and move on the ground, now the bureaucracy has become exhausting: several weeks of waiting are needed to get a visa and to work in Sirte you have to ask for four different permission and there are moments and areas which are off limits. You get often stopped for checks. 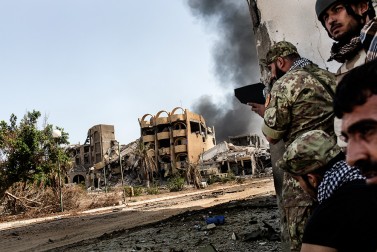 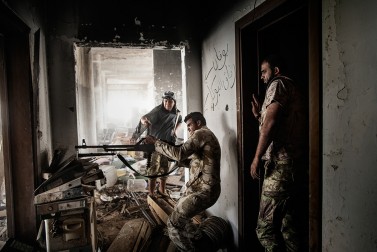 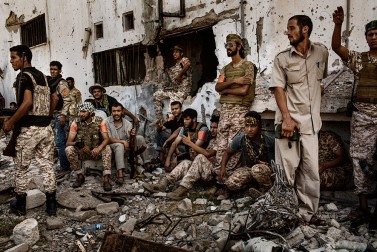 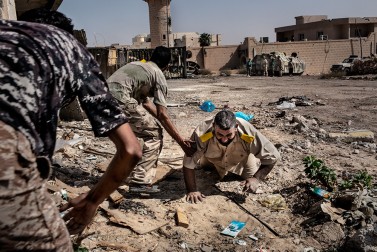 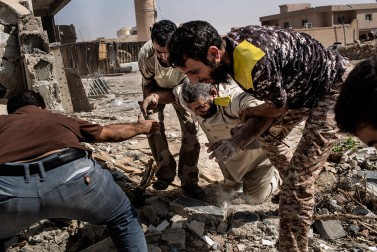 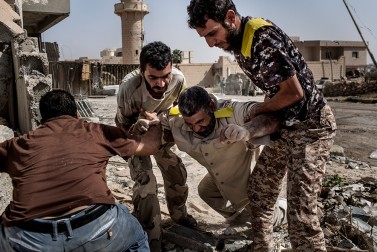 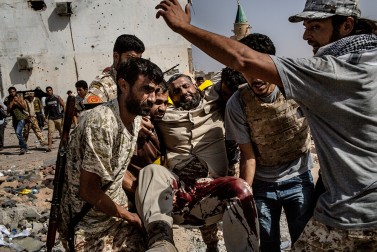 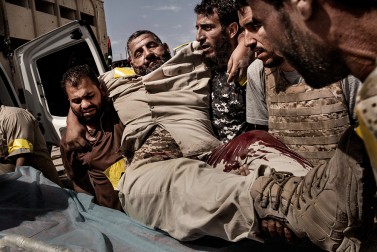 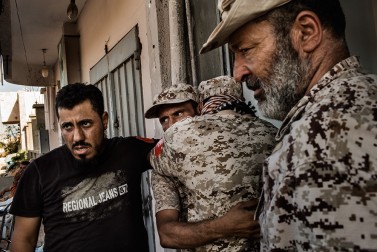 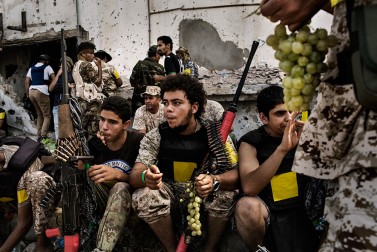 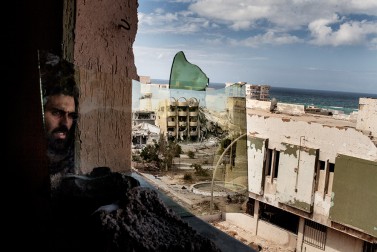 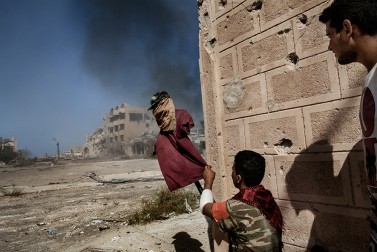 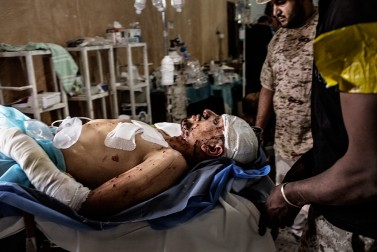 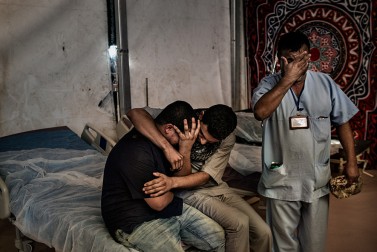 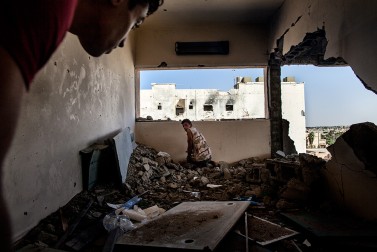 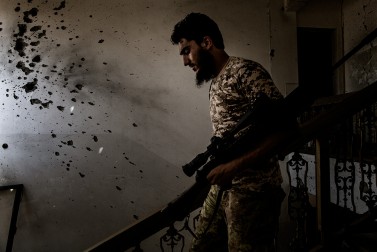 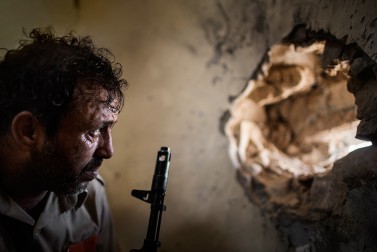 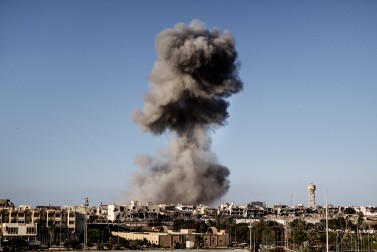 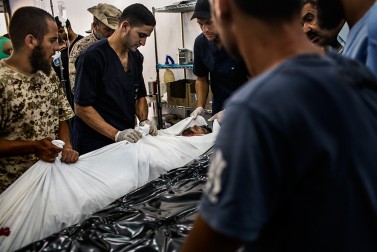 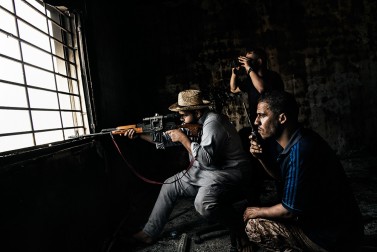 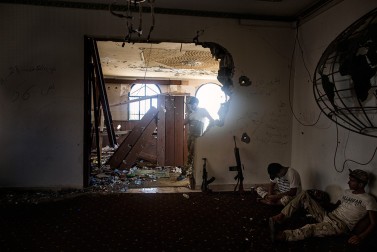 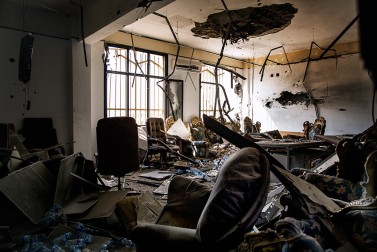 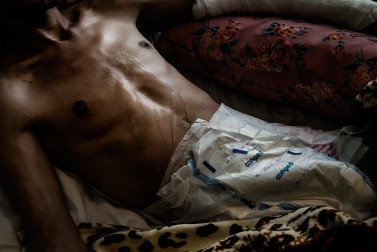 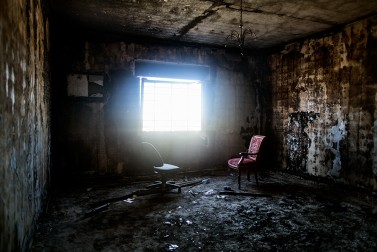