The Russian Invasion: Battle of Kharkiv

Kharkiv is under siege.

The second largest city in Ukraine with 1.5 million people, located in the northeast of the country less than 40 kilometers from the Russian border, was considered a major target for the Russian military since the beginning of the Russian invasion.

At the immediate beginning of the offensive, Kharkiv was the most bombed city in one of the regions most affected by the Russian attacks. The city, Russian-speaking but not Rossophile, already the scene of violent battles in the Second World War, is an important strategic and logistic point for the south of the country due to its position.

Since the end of February 2022, Putin’s army has tried to besiege the city, conquering the villages north and east of the city. Tzircuy, Ruska Lozova, Vilkhivka, and Mala Rohan become theaters of violent battles during the Russian invasion operation.

Amnesty International claimed it found evidence of widespread use of widely-banned cluster munitions by Russia.

In Kharkiv, the majority of civilians who did not decide to enlist with the Civilian Territorial Defense (militias) leave the city. Like the capital Kyiv, but even more violently the urban center is hit daily by Russian artillery. The Saltivka district, the most battered by grads and missiles, becomes the icon of destruction. The remaining people find refuge inside the metro stop, along the shelters, and inside the wagons to escape the bombing. More than six hundred people lived underground for two months, without primary services, without water and food, other than that distributed by volunteer associations.

After two months of violent clashes, in May, the Ukrainian forces manage to push back the Russian units, which were trying to surround the city, towards the Russian border.

Four months after the battle, in September Ukraine launched a major counteroffensive to recapture territories that were still under Russian control in Kharkiv Oblast. 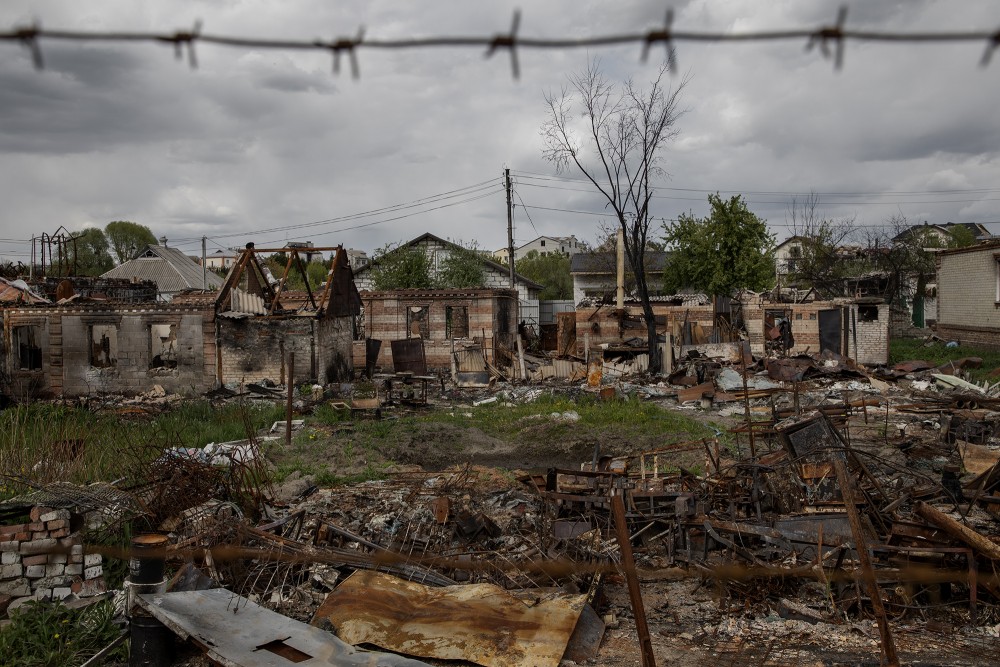 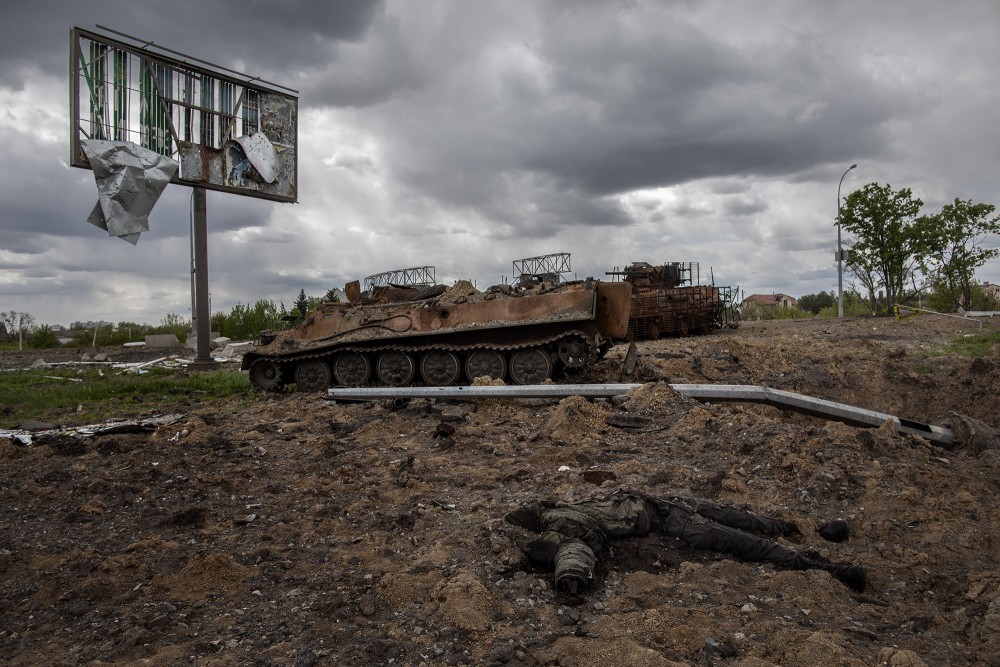 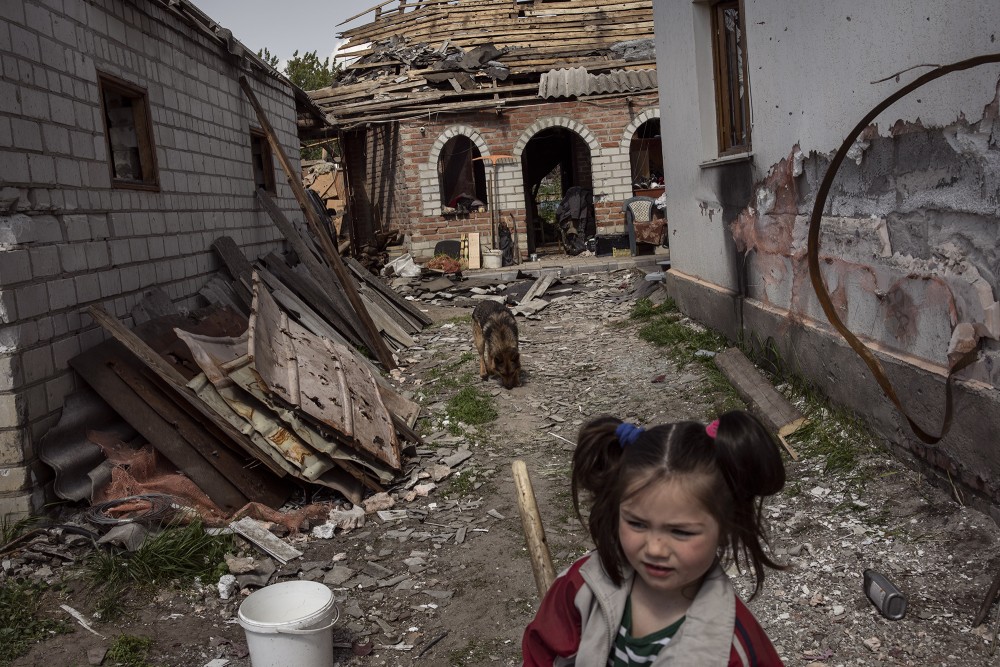 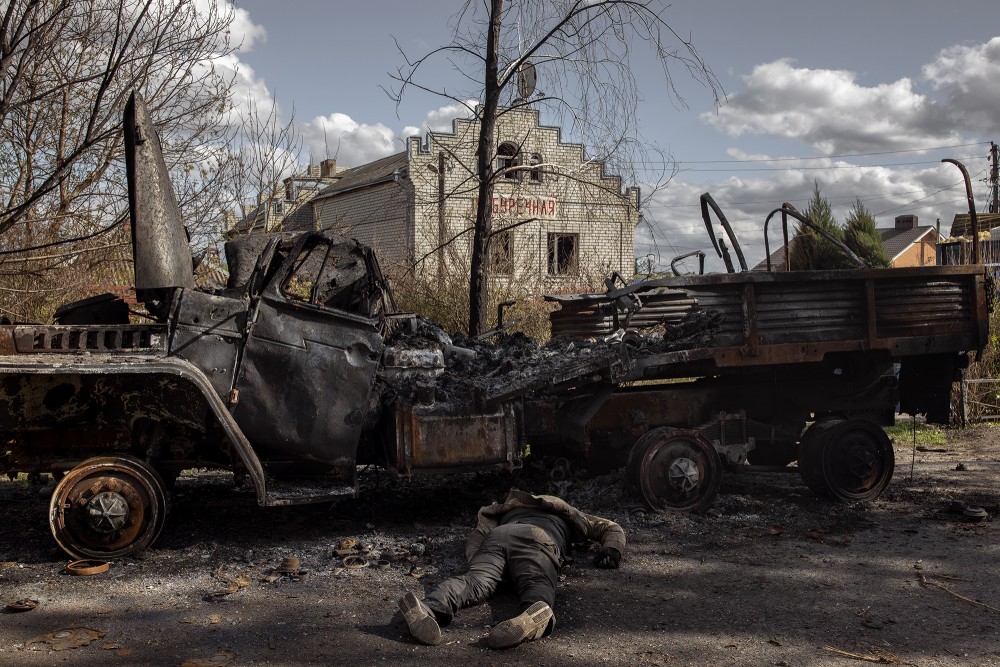 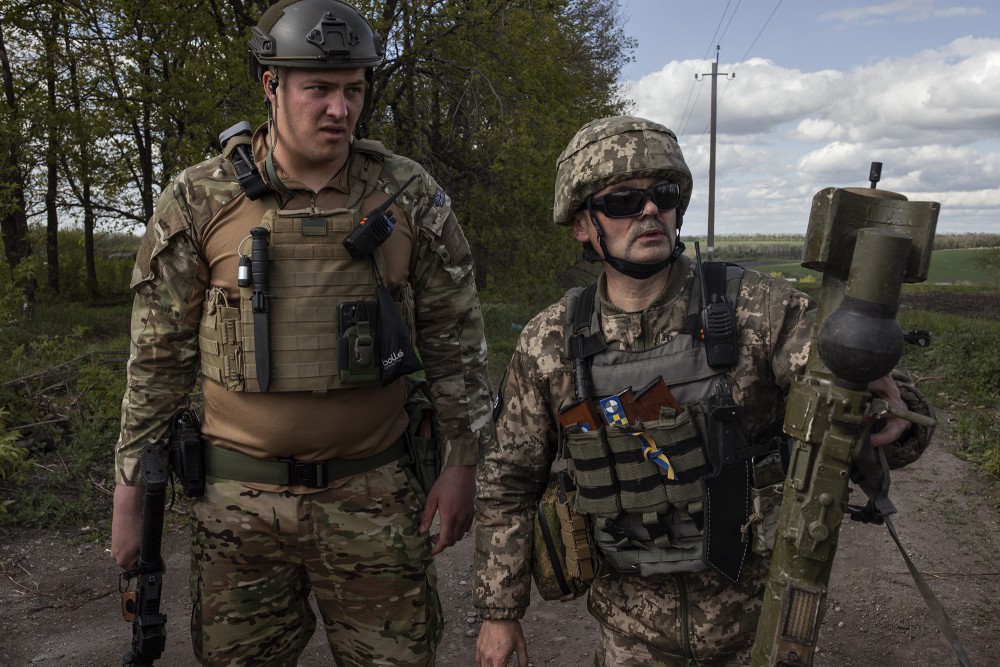 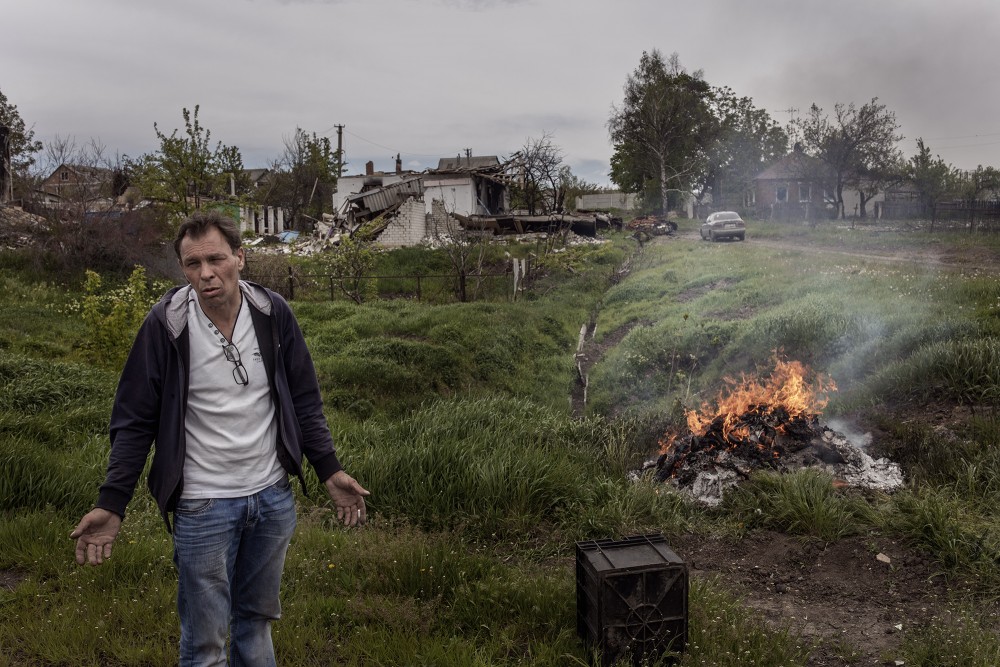 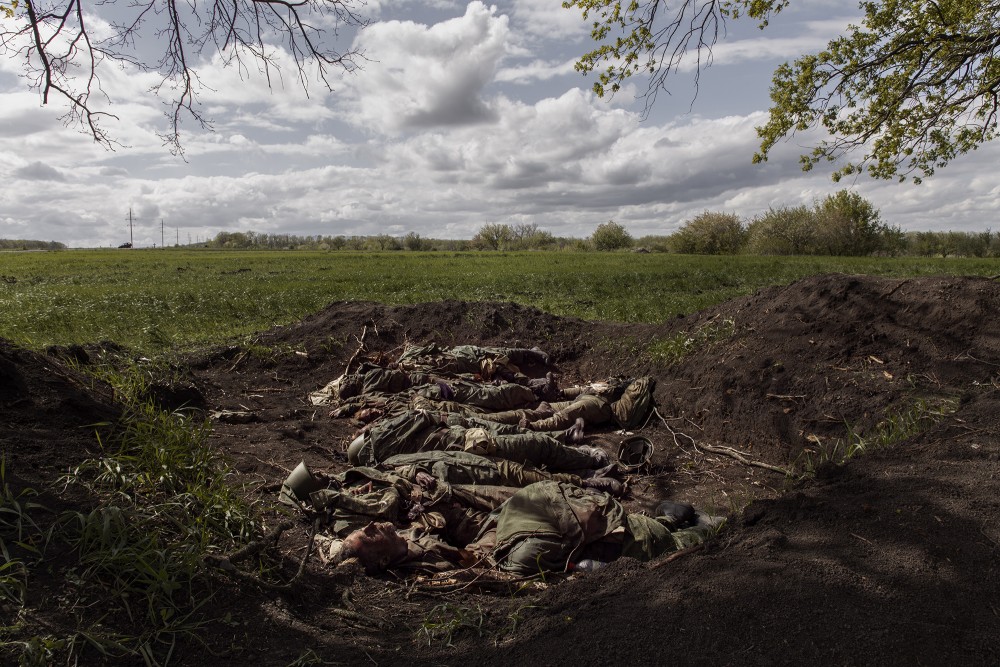 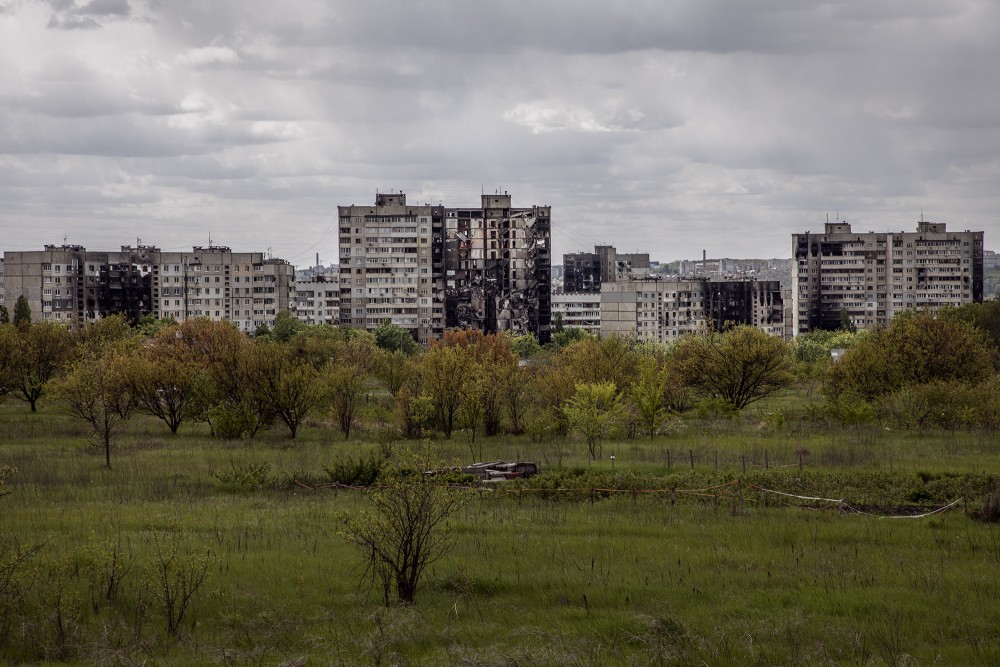 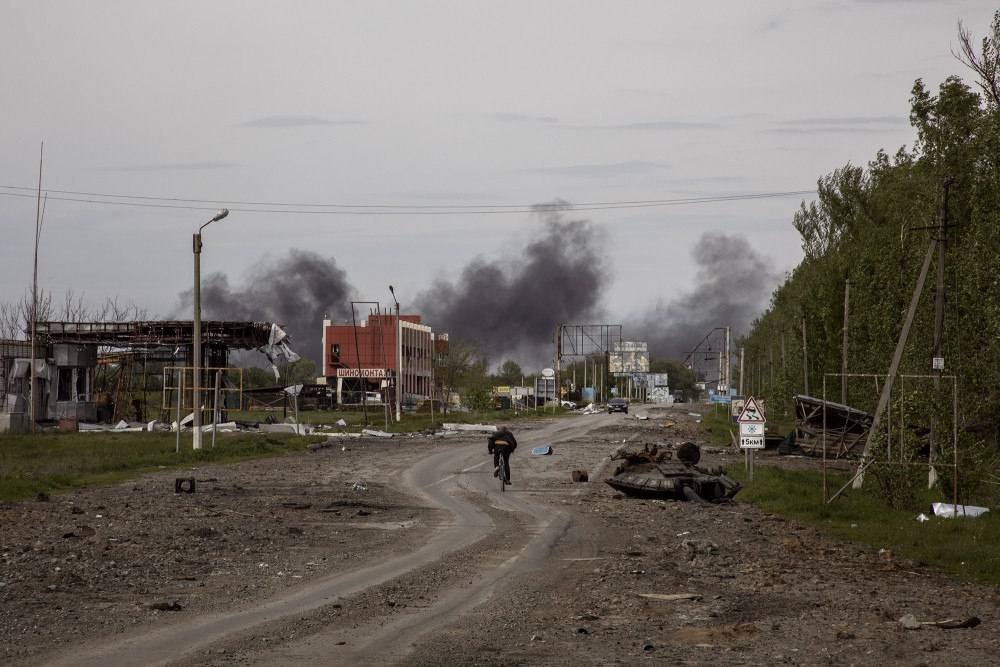 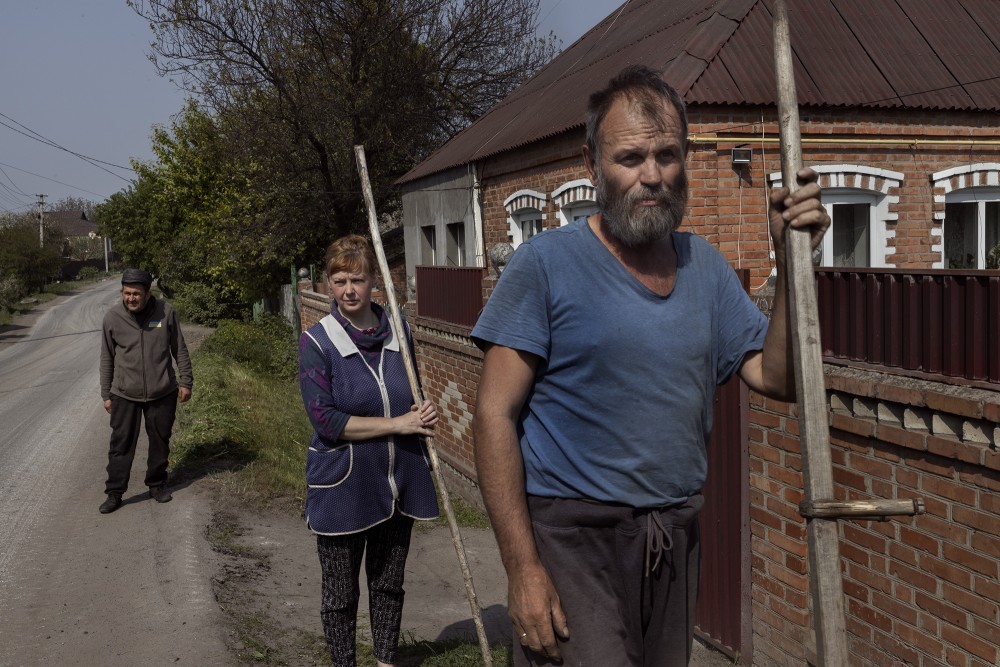 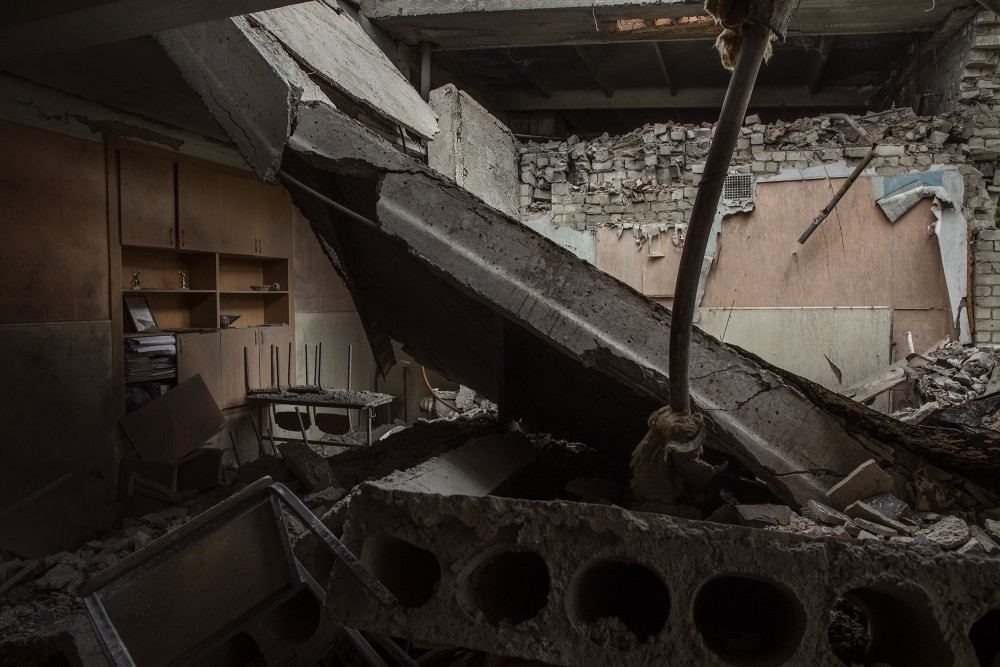 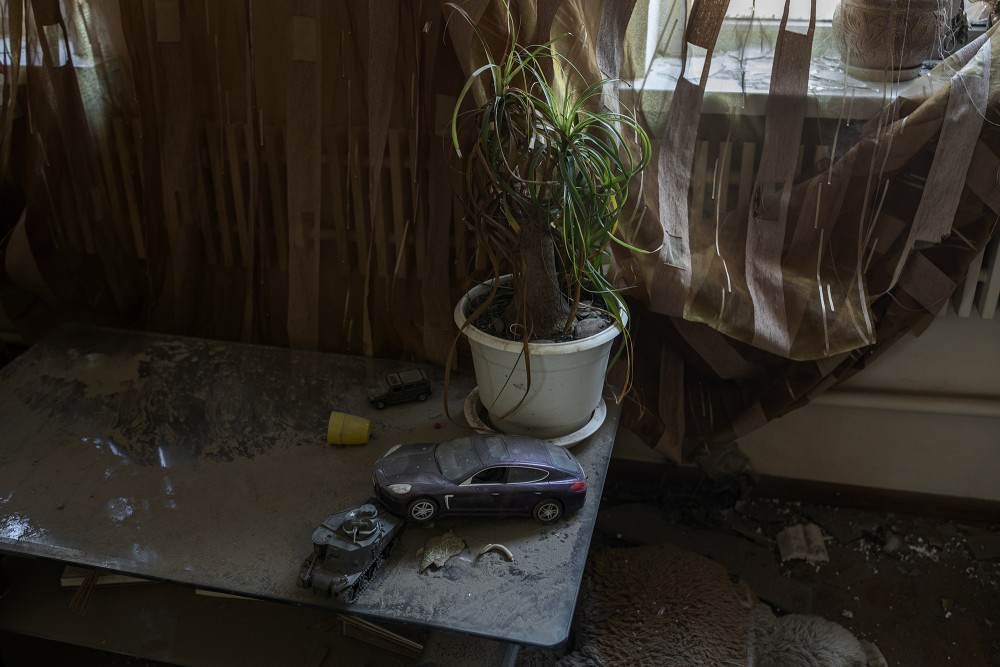 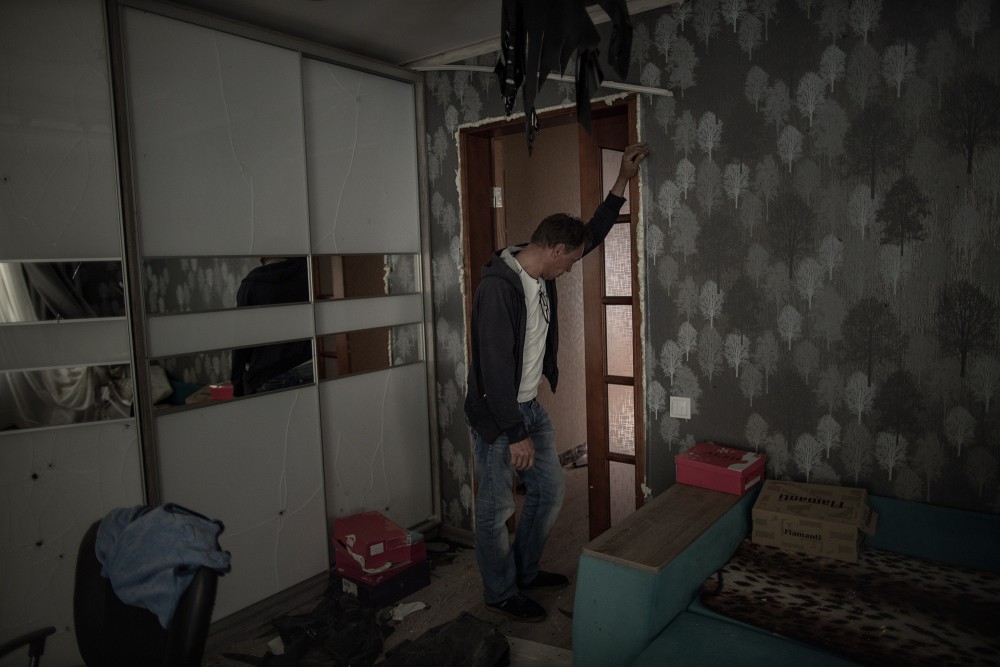 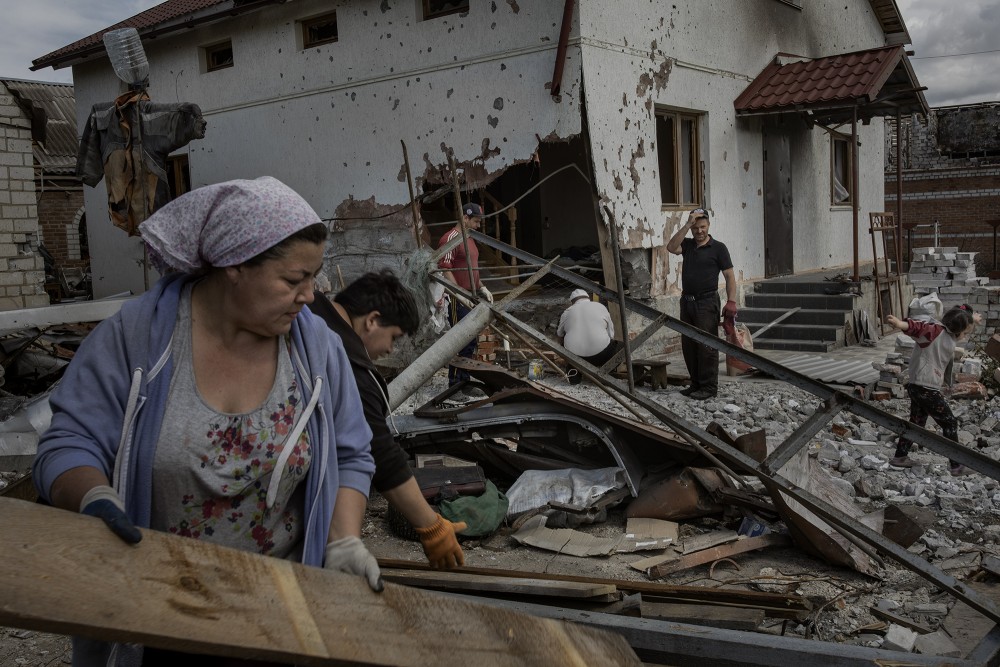 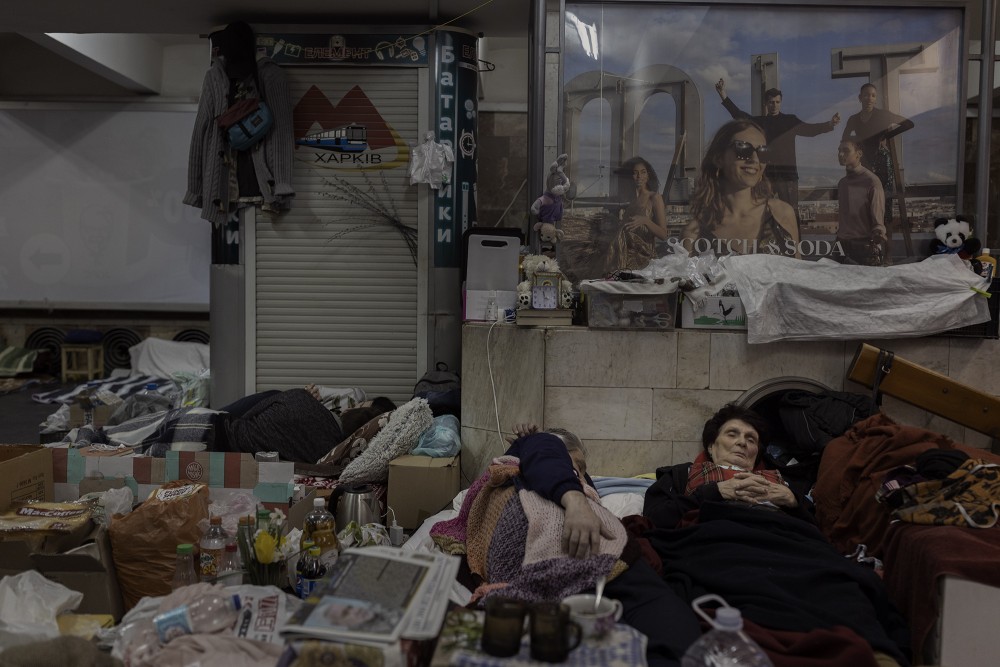 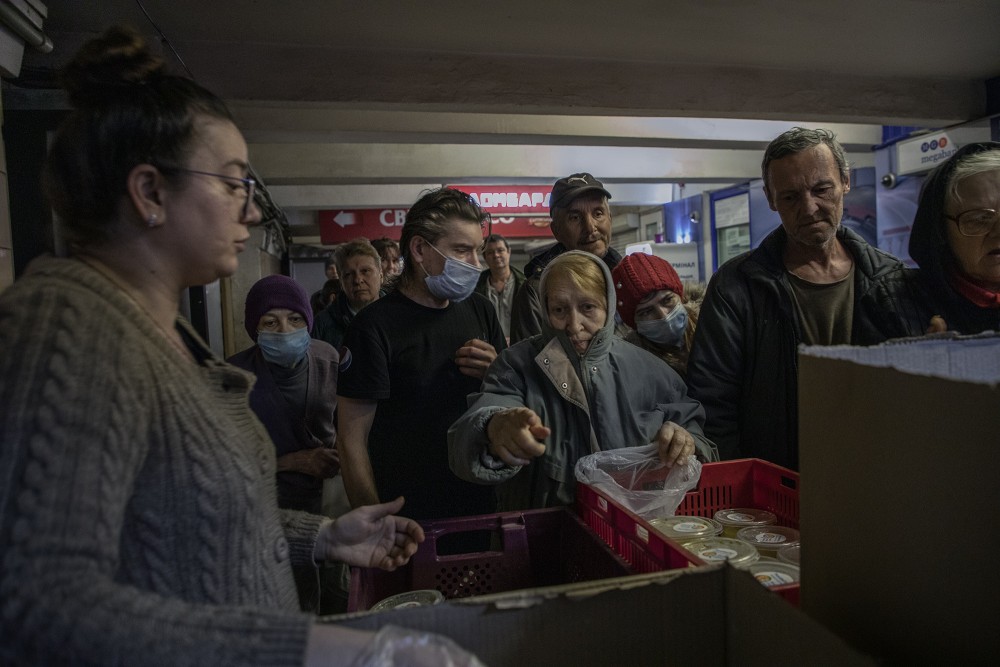 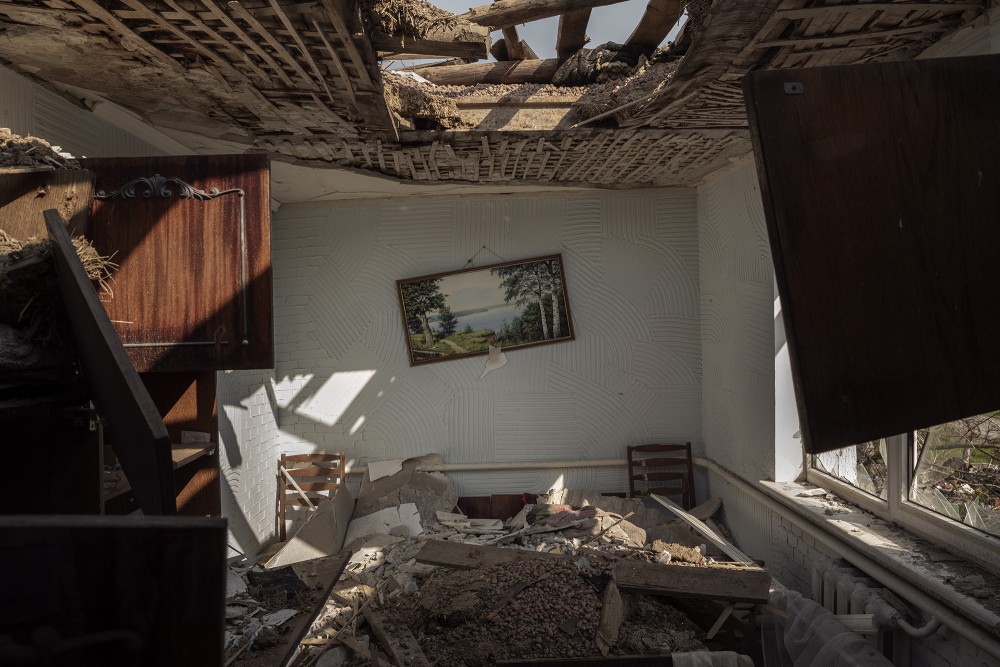 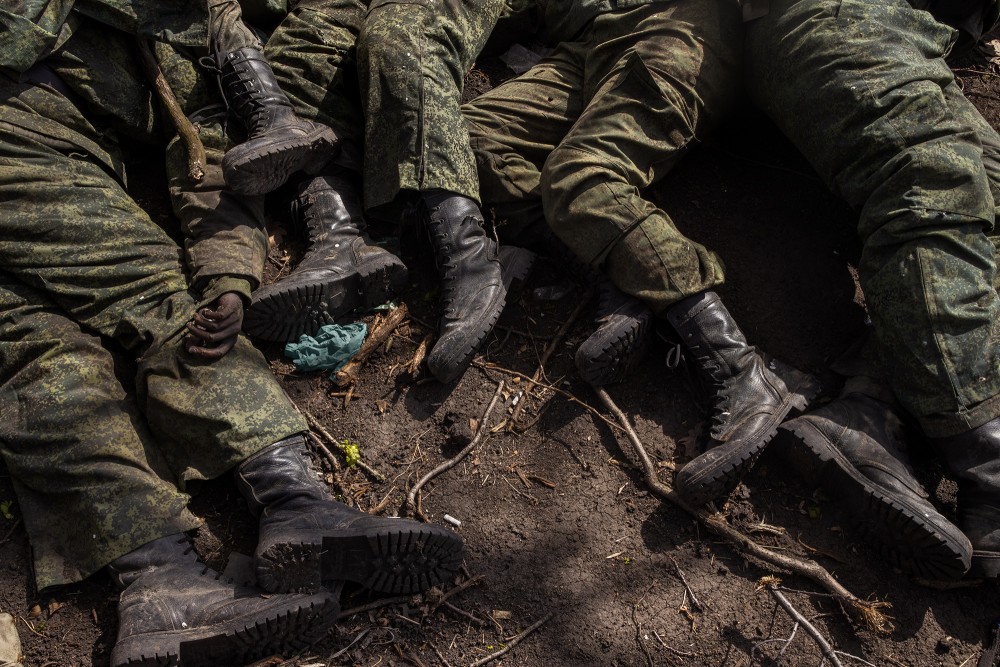 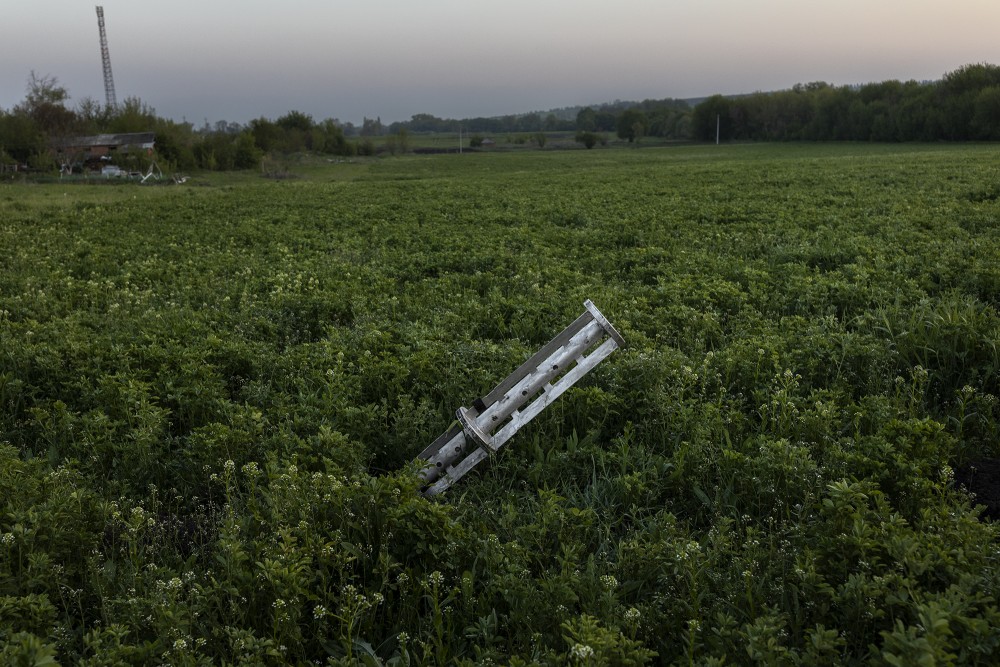 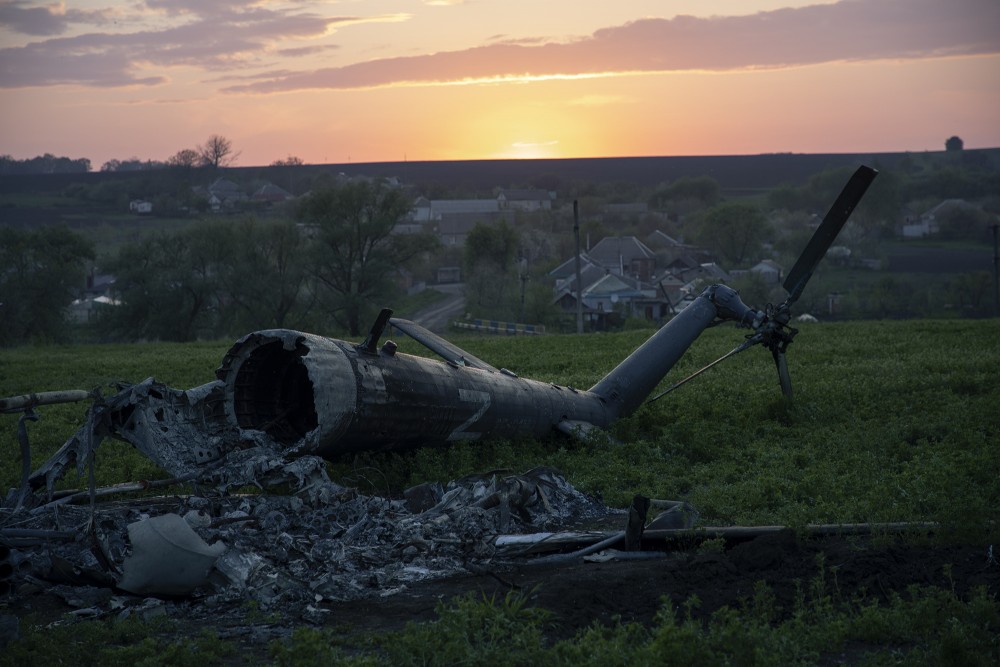 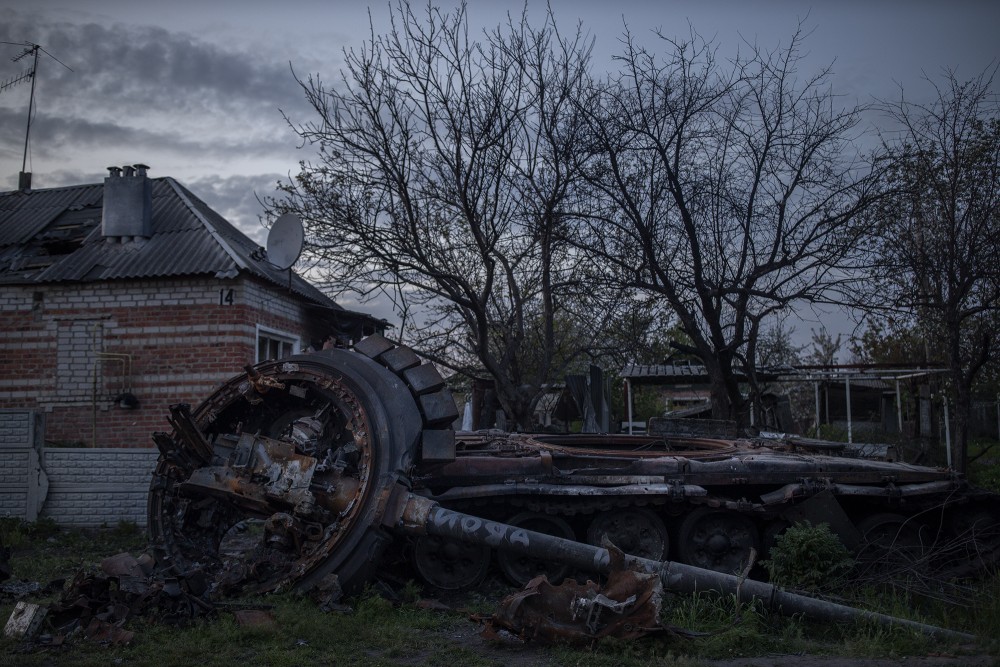 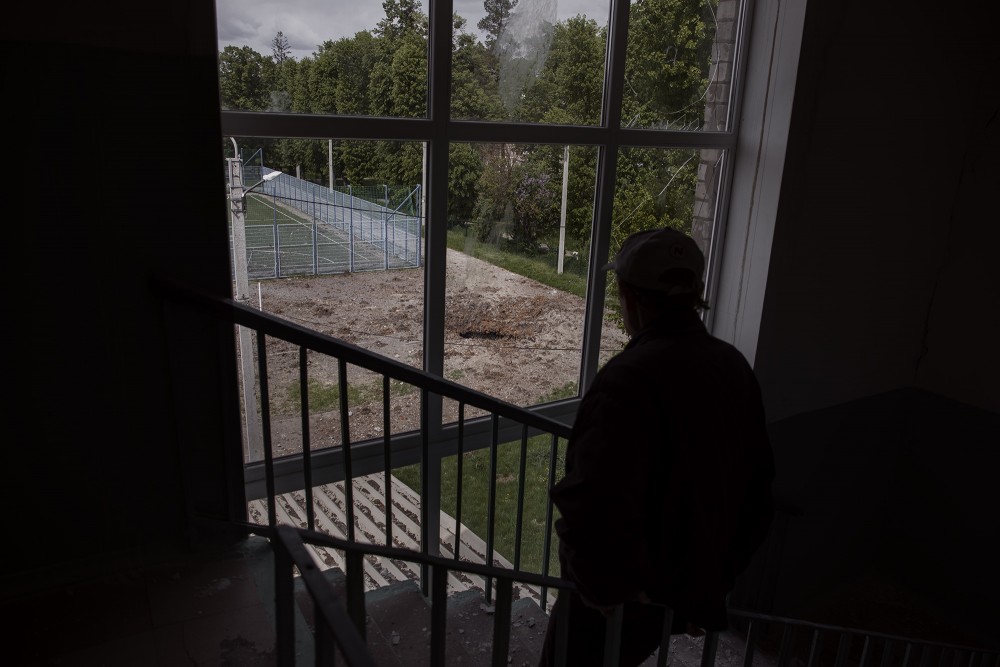 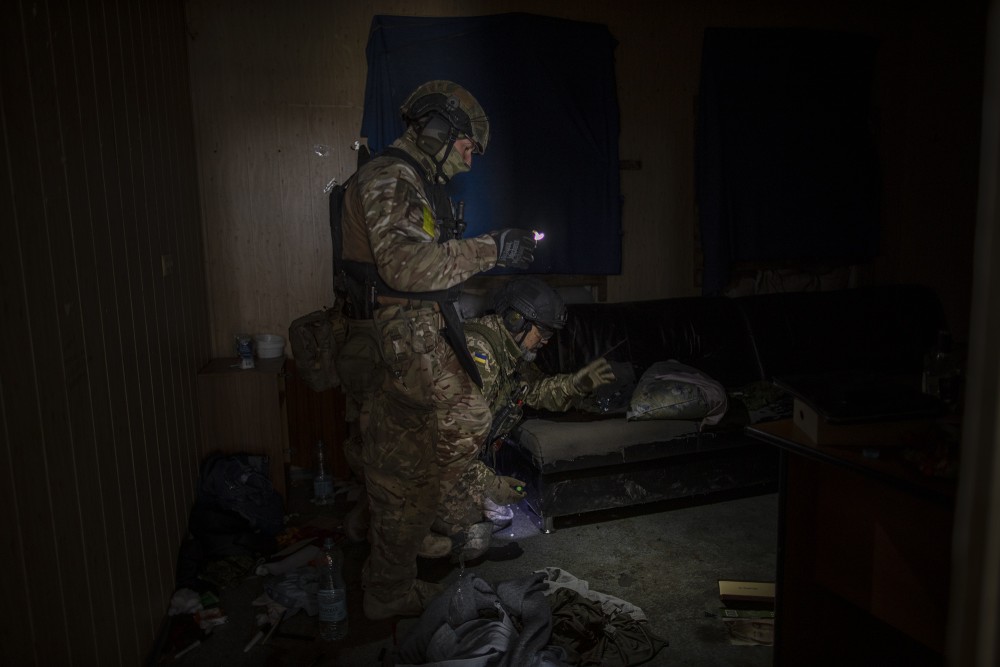 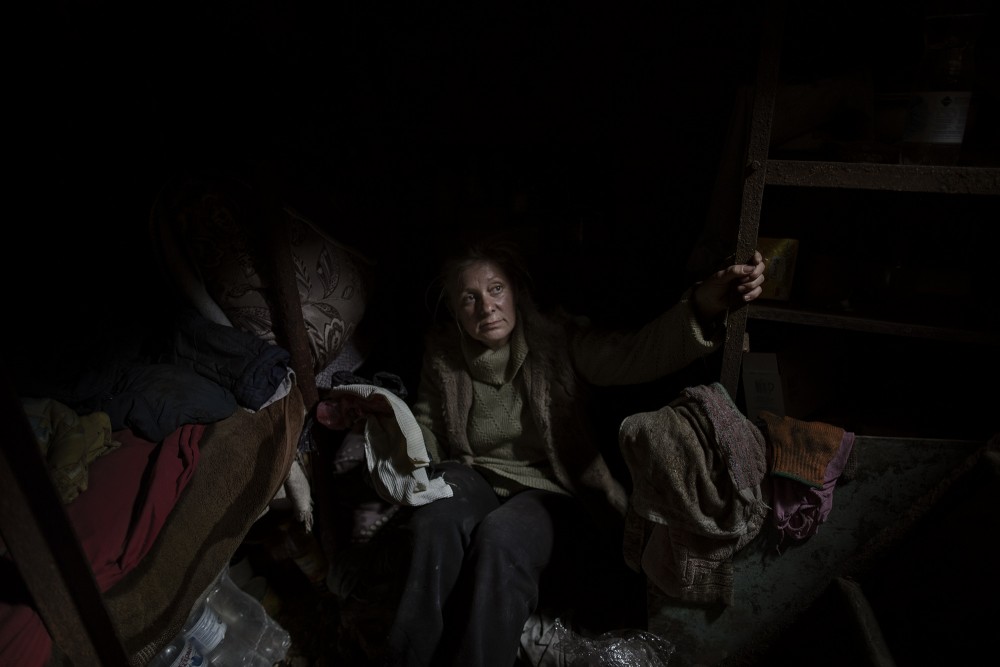